As It’s October, spooky month, I thought I’d write about a spooky recent experience I had. I’m already a massive believer in mediums and psychic as I know of far too many ‘coincidences’ not to. Before the sceptics think I’m a lunatic, just hold on. So, when I got asked if I wanted to go to a ‘Psychic switch’ night obviously I said yes. I went with my mum, a friend (Anna) and her mum (Louise) who I’ve known since I was little. How these nights work is that you’re sat on a table of 4-6 people and you have 4 different mediums/psychic that spend about 20/25 minutes each talking to your table. Luckily, we were the only 4 on our table so we got a little more out of it than those with fuller tables.

As the first psychic sat down it’s fair to say we were all a little terrified, who knows what they’re going to ‘pass on’ to you, it might not be very nice or something so vague you sit there and wonder why you paid for this. Noticing we were all a little on edge, she homed in on me first, lovely. She knew straight away that I’d recently lost my granddad, which I had about 6 weeks before, telling me he was better and that “he could breathe now”, which makes sense considering he had chest troubles before he passed. This obviously made me a little sad, because he’s gone, but happy because he’s better now. This may seem a little vague to some, a lot of older people have chest problems, but she did go into further detail which made me cry more than I’m comfortable with. She spoke about my current job and how I won’t be there for much longer because I’ll be moving jobs and it’ll be something more to do with my writing (how exciting, or terrifying, who knows). She then moved on to Anna and Louise. Just a little warning, this is where it gets creepy.

Before we arrived, in the car they were talking about a ring Anna’s grandma had left her and how they couldn’t find it and how the brown jewellery box was the only place they hadn’t looked yet. The medium immediately asked about the ring, asking why they don’t wear them. When Louise said they couldn’t find it, the medium said to look in the brown jewellery box, her grandma was saying it was in there. We all got a little creeped out because we knew there wasn’t a chance she could have known about the ring or the jewellery box. The next day I got a snapchat from Anna, of the ring, which was found…IN THE BROWN JEWELLERY BOX.

Along the way, through all the other mediums, we were told that our families were coming through and were all talking to us, wanting us to talk to them more often. I think about the family I’ve lost quite a bit, and I do talk to them because I refuse to believe you just die and you’re gone. I believe that they’re still around somewhere. One of the psychics said she was hearing opera music, which me and my mum linked to my granddad immediately because he loved opera music. They said the song was called happy, which is what my granddad’s name was in English (he was Italian).

There were a lot of things we told from 3 of the psychics that couldn’t have just been a coincidence, however the fourth psychic/medium was a little more vague and seemed like she was grasping at straws a lot. The other three I would highly recommend. I told a couple of my friends, who are a little sceptical, about what happened and even they admitted that was far too much of a coincidence. I’ll be going back to a “Psychic night” because now my sceptical friends even want to go!

We’ll probably never know if it’s just a big con or whether they really can hear/see things we cant. But for now, I’m choosing to believe it, it completely fascinates me because we’ll never know.

Have you even been a to psychic or medium? What happened? Let me know!

One thought on “My Night With A Psychic” 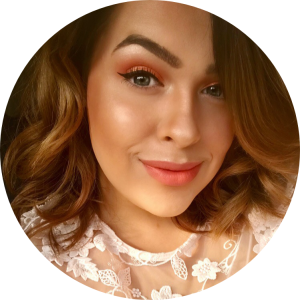 I’m either painting my face, binging Netflix or downing coffee //
All Enquiries:
lollylifestyle@gmail.com

It’s always national dog day here 🥰
Get someone who looks at you the way I look at Prosecco being poured 🍾
You glow different when you make yourself the priority 💎
How my nights start vs. how they end 🧇
I wish this mug was as easy to hold as it was cute 🦩
Stress less and enjoy the best 🦄